Get The Pitstop: News to up-level your mobility Let’s Go!

I’ve spent the majority of my life fascinated with the human body. In a word, I am a teacher. I teach how learning just a little bit of your movement biomechanics, understanding functional movement and up-leveling active recovery tools & techniques can solve big problems and upgrade your life in many ways. I use rehabilitative techniques, functional strength training and self therapies including yoga and SMFR (self-myofascial release) as the core of my toolbox to help people better understand and resolve their own pain, prevent injury and to live with greater self confidence at any age. At the age of 57, I've learned and lived this: everything in your life up-regulates when you move well. Being human is a set of skills and movement education is how you manage not only your longevity, but your mobility, capability and confidence.

I design movement prep and recovery routines for sports teams, help companies upgrade their wellness programs and consult numerous individuals pre/during/post medical treatment to take better charge of their healing. My superpower is simplifying the complex. I also make things workable for your busy schedule and always relevant to your goals.

Here’s a bit about my background:

I grew up in California and graduated with a degree from San Jose State University (BA in Journalism/’88). During my junior year, however, two things completely lit me up: I took a 6 unit lab course titled Human Performance and I got certified to teach aerobic dance. I worked at Apple Computers corporate fitness center and what I felt then and know now is this: movement, aside from “exercise”, is the most powerful tool for managing the downstream effects of technology.

In my 20’s, I worked in sports & fashion publishing, two industries that were growing fast. As we all have, I witnessed the commercialization of wellness get very complicated and prioritize entertainment over functionality. I eventually moved to Cleveland for love and created opportunities for work for myself as a fitness columnist, trainer, consultant and I got into yoga.

During my 30 & 40’s I (we) became a parent of 3 and pursued lots more education and became a yoga teacher. I founded and operated Evolution Yoga School, one of the first yoga studios in Cleveland which became a nucleus in the midwest where yoga teachers, studio owners, fitness pros and sports coaches came to learn about mind/body practices. I trained yoga teachers. Yoga has also become complicated and has prioritized performance over functionality. My style of practice and teaching has always leaned towards the functional. You’ll get more of a sense of this as you weave through my website.

Now in my 50’s, my work is teaching and consulting on human performance, functional movement, yoga, mindfulness and the skill of relaxation. I work in a wide variety of industries, but mostly in sports and business where high performance matters.

In 2022 My husband and I relocated to Austin, Texas. I currently see clients in their homes or their training facility.

Overall, my clients are those individuals who strive for and role model greatness, who want more out of life and to stay off the proverbial bench. They are playing the long game.

Work with me to learn how you can up-level your entire life through movement and have fun doing it. 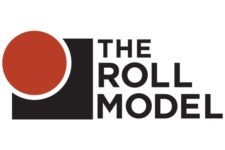 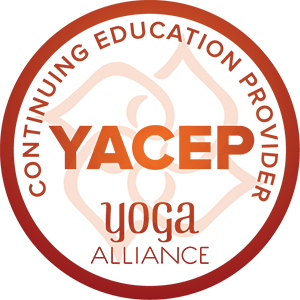 Sandy cannot be pigeonholed into any domain in the mind/body category. Her understanding of the human body and its dynamic versatility infuses all of her teachings with inspiring “AHA” moments that motivates lovers of fitness, yoga, therapy and beyond.

- Jill Miller, Creator of Yoga Tune Up®, author of The Roll Model® Method

Ready to work together?

PRIVATE SESSIONS VIRTUAL STUDIO SOMETHING ELSE?

Join my private Facebook group for active people who are seeking conversation and solutions towards solving their own aches and pains.

Join me for The Weekly Pitstop

News to up-level your mobility, capability & confidence. You'll also get a free PDF download to

Live Better in Your Body